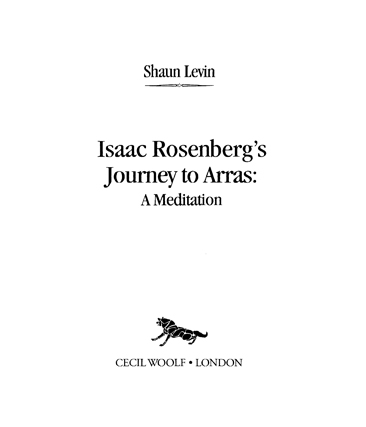 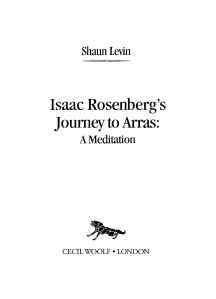 A man sets out to visit Isaac Rosenberg’s grave just as his relationship back home in London is falling apart. Travelling by train through Northern France, getting lost in the heavy rain outside Arras trying to locate the cemetery, the man tells his own story and the story of Rosenberg’s last days through a series of anecdotes, impressions and thoughts. This story is an exploration of infidelity and allegiance, to the living and to the dead. Isaac Rosenberg’s Journey to Arras: A Meditation is an elegiac prose poem, homage to a visionary poet and a meditation on the nature of war and hope.

Isaac Rosenberg’s Journey to Arras is part biography and part autobiography, a story faithful to the conflicting powers of fact and the imagination.